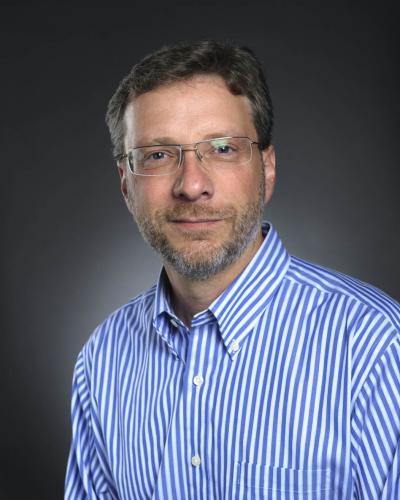 A native of Bozeman, MT, Aaron Pruitt has served MontanaPBS in leadership roles for over 20 years, working in programming, production and management. He is the Executive Producer for many award-winning MontanaPBS productions including 11th & Grant with Eric Funk, Class C: The Only Game in Town, Fort Peck Dam and C.M. Russell and the American West. Pruitt collaborates with independent filmmakers distributing programs to national PBS, including Wolves in Paradise (PBS PLUS) and two PBS INDEPENDENT LENS documentaries, Butte America and Indian Relay.  In addition to serving on the Montanans for 4-H board, Aaron is a governor-appointed member and vice-chair of Humanities Montana and a director on the Friends of MontanaPBS board. 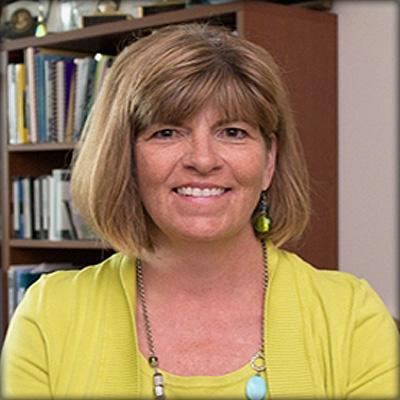 Denise Dowling teaches broadcast journalism at the University of Montana. Since her start there in 2000, she's taught writing, reporting, ethics, radio, television and documentary courses. Dowling took a student environmental reporting group to India in 2014 and spent a semester teaching at Salish-Kootenai College in addition to her duties at UM's mountain campus.

Denise worked in television news for 20 years in Montana, Colorado and Washington before coming back home to Montana. She has won numerous awards for her professional work and teaching and has served the university as a department chair and acting dean. Dowling is honored to serve on the Montana Broadcasters Association board and represent the School of Journalism. 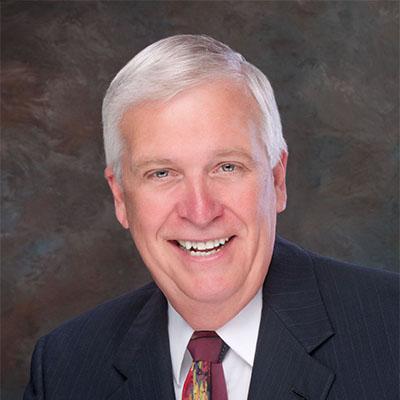 Dewey Bruce is the president and CEO of Montana Broadcasters Association (MBA).

As MBA president, Dewey lobbies on behalf of Montana’s broadcasters at the state and federal levels and is responsible for all activities of the association.

Dewey was named Business Person of the Year in 2012 by the Helena Area Chamber of Commerce.

Dewey has a B.S. degree in Business Administration/Marketing from Fresno State University.

Dewey is married to Nancy and has two step children, a son-in-law, daughter-in-law, and 3 grandchildren. 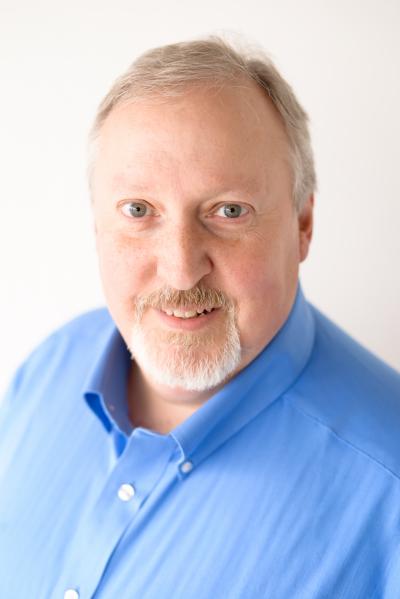 Greg began his career in broadcasting in 1979 as a radio sportscaster and an aspiring "DJ" on KNHC-FM, a 3,000-watt High School radio station. While in High School and early on at Seattle Central Community College, Greg interned and worked part-time at several Radio and Television Stations.

Transferring to Eastern Washington University in 1985, Greg worked toward his Bachelor of Arts in Radio and Television Production with a minor in Photographic Arts.

While in Cheney, Greg worked for King Broadcasting’s KREM 2 Television in Spokane, WA.

After Graduation he made the move in 1987 from KREM to KTVH in Helena, Montana

Starting as a newscast director and commercial producer/director and moving through to Director of Creative Services. Greg earned several Montana Addy Awards, Telly Awards and Montana Broadcasters-EB Awards for commercial production and promotion. Moving through positions at KTVH, he next went into sales and marketing for the station and finally in 2012 he became General Manager for Beartooth Communications Company a subsidiary of IWCC – KTVH, Helena; KBGF, Great Falls; KBAO, Lewistown; and KBBJ, Havre.

When Grey Television acquired KTVH / KBGF late in 2014,  Greg moved back into radio after 26 years at KTVH.

Greg has been with the locally owned Montana Radio Company ever since as a Marketing Specialist.

Outside of his Radio/Television work Greg has been involved with the Helena Chamber of Commerce board; West Mont Foundation Board; NBC Affiliate Board chair for Region 7; Lewis & Clark County Fairgrounds and Fairgrounds Foundation Board at-large; and The Montana Broadcasters Association since 2012. 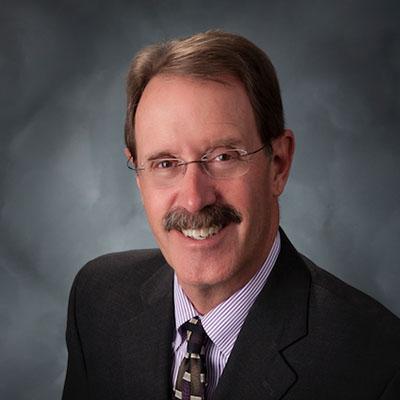 Jim Senst has worked in radio broadcasting for over 35 years with the majority of his time in Montana. Jim and his wife Jean reside in Great Falls, Montana.

Jim, a Montana native, began his radio career in Great Falls in 1977 at a standalone FM radio station. He then worked for a daytime AM station in Colville, Washington and the pull of Montana lured him back to Great Falls where he worked for a public relations firm.

In 1980, he was recruited by Dan Snyder to work at KCAP AM & FM in Helena as an Account Executive and was promoted to Station Manager.

Jim was then recruited to become the General Manager of KMON AM and FM in Great Falls in 1988 which was sold to STARadio Corp in 1989. Jim became one of ten shareholders in STARadio Corp within six months as well as being appointed Vice President.

Over the next 13 years at STARadio, Jim helped facilitate the purchase of KLFM FM in Great Falls, KCAP, KZMT and KHKR FM in Helena, KEYZ AM, KYYZ FM and KTHC in Williston, North Dakota and Sidney, Montana.

In 2001 STARadio Corp received an unsolicited offer to purchase their radio stations in Montana and North Dakota which was accepted. Jim was recruited by Fisher Communications out of Seattle, Washington to manage its 5-station cluster in Wenatchee, Washington.

In 2009, while Jim was in Wenatchee, his former partner in STARadio Corp and Jim elected to search for radio stations to purchase in the Northwest. Several opportunities were explored, and they settled on pursuing the purchase of the remaining Fisher Radio Regional Groups six radio stations in Great Falls. In June of 2011, STARadio Corp agreed to purchase the stations and finalized the purchase in October of the same year. 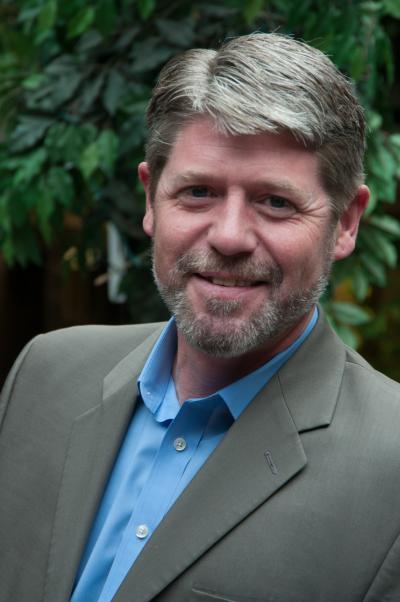 Keith began his career in broadcasting in 1989 as an aspiring "DJ" (his first job was to play "The Sounds of Sinatra" and "America's Ball Room with Blossom Dearie" on Saturday nights). Keith's first full time job was in Eastern Washington as the morning show host on a low power FM station playing "The Best of Yesterday and Today". Over the next several years he worked in a number of positions from music director to talk show host and sales representative. Eventually he became the Operations Manager of a group of stations in charge of programming and engineering and then moved on to become the General Manager of a group of 8 stations.

In 2008, Keith made the leap to Great Falls to assume the General Manager position for the Fisher Radio group. Immediately, he fell in love with Montana and Great Falls in particular and jumped right into being an active part of the community. In the spring of 2011 he followed many of his colleagues and made the move to Television by Joining the KFBB team as the Local Sales Manager and in September of 2012 assumed the position as station manager for KFBB, Great Falls and KHBB, Helena. 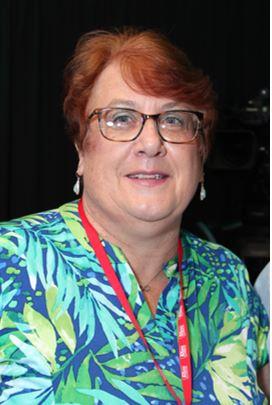 Phyllis is the Station Manager at KXLO/KLCM Radio. She lives in Lewistown. 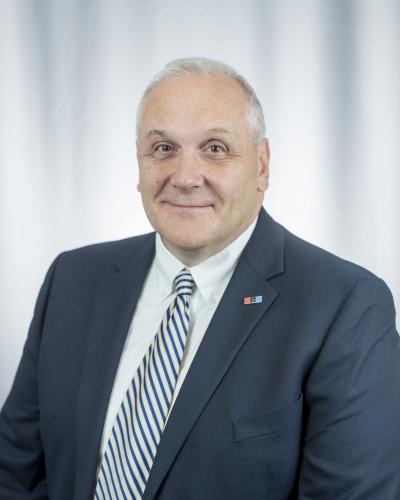 Ray Ekness was named director of the Broadcast Media Center at the University of Montana in Missoula in August 2016. He’s a former UM School of Journalism professor and department chair of the Department of Radio-Television.

Ekness worked a few radio jobs in his native North Dakota and worked on-air at KUFM as a UM student in 1982. He then launched a career as a commercial producer and newscast director at television stations in Montana and Idaho.

He worked at the Broadcast Media Center as a producer/director starting in 1989 before joining the J-school full-time in 2000.

Ekness has helped produce many MontanaPBS programs, including the popular “Backroads of Montana,” “Remembering the Columbia Gardens,” “To Helena and Back: the First Special Service Force,” “Building Bridges: Back to Ireland” and “War of the Worlds.” 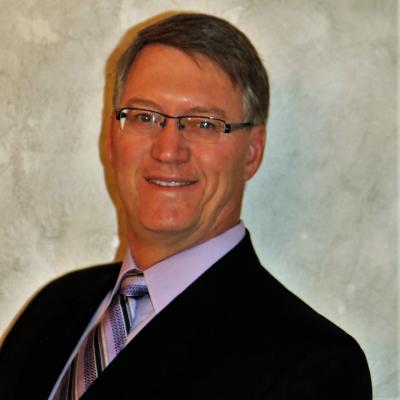 Ron is a native of Butte Montana, known as the richest hill on earth and now America’s largest superfund clean up site.

Ron is president of Butte Broadcasting and General Manager of radio stations KBOW, KOPR and KGLM . Ron started his broadcast career as a junior in high school at the stations. Working for Shag Miller he worked his way from weekend announcer to General Manager over the next 16 years. He and wife Shelly bought the radio stations from Shag on April first of 1994. Ron can still be heard on the air as the morning announcer on KOPR 94 and doing play-by-play sports. Recently he has added Buttesports.com, an on-line sports page, to the radio stations.

During his 33 year career he has served Montana broadcasters twice on the Board of Directors of the Montana Broadcasters Association. Ron’s first term started in 1990 and lasted ten years. Seven of those years Ron served as NAB Legislative Liaison working closely with our representatives in Washington DC. The term included two years as President of the Association, in 2010 Ron re-joined the MBA board and is currently active on the board. In 1998 Ron was elected to his first term on the NAB radio board representing Montana, Idaho and Wyoming he served through 2002. In 2006 Ron was re-elected to the NAB Radio Board and finished his six years of service to the national radio industry in 2012.

In 2012, the National Association of Broadcasters honored radio station KBOW with a prestigious Crystal Award. Since 1987, the NAB Crystal Radio Awards have recognized 10 radio stations radio stations each year, for their outstanding year-round commitment to community service.

Ron and his wife Shelly along with their two children Maggie and Austin and Ron’s 80 year old mother all can be found working at the radio stations. 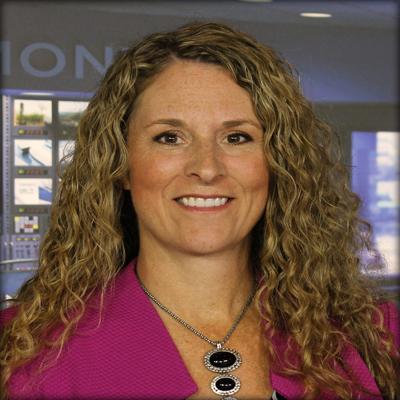 Tamy Wagner is the Vice President and General Manager of NBC Montana, she is responsible for the NBC stations in Kalispell – KCFW, Missoula – KECI, Butte and Bozeman-KTVM.

Tamy has 20 + years of experience managing dynamic sales teams within media, telecommunications and retail industries. She's demonstrated success in driving revenue growth combined with recruiting, mentoring, and retaining top performing sales groups in competitive markets across Montana. Additionally she is responsible for news operations in these cities, broadcasting separate and regional newscasts in Missoula, Kalispell and Bozeman with a bureau in Butte.

NBC Montana broadcasts to over 50% of Montana from southern Canada to and including Yellowstone National Park in Wyoming and parts of eastern Idaho.