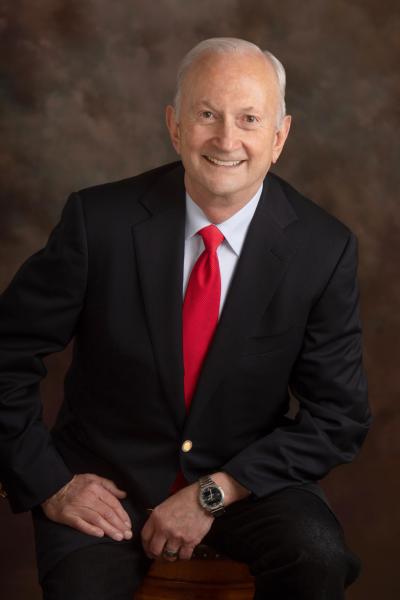 Adapted from remarks by Bill Whitsitt during his induction into the Montana Broadcasters Hall of Fame on June 22, 2019. Dr. Whitsitt is immediate past chairman of the Greater Montana Foundation. His long broadcasting and media-related career began with radio and television positions in Montana, including creating and leading the initial Montana Television Network news organization.

Many of you have seen and commented upon the red button I’m wearing. It says, “Make a Difference”. To each of you I promised to explain it later, which is now.

You see, this Make a Difference button was given to me by my employees at Devon Energy a some years ago. It recognized a specific project to have a button on our corporate website that would allow employees from Texas to the Bear Paw gas field in Montana easily click on a list of opportunities in their areas to plug in, volunteer, make a difference.

If pioneer Montana broadcaster Ed Craney were here, he would certainly be nodding. He knew what it meant to make a difference. He did it in bringing over-the-air television to Montanans.

Ed’s creation that he endowed, the Greater Montana Foundation, underwrites the EB Craney awards for excellence in broadcasting that are given at this awards celebration every year. The GMF also makes many grants every year to encourage communication on issues, trends and values of importance to present and future generations of Montanans.

Ed was a visionary. With energy, initiative, and ideas about how to make broadcasting, and Montana, better. He made a difference.

So did many others. Like Dan Snyder, a visionary who created KRTV in Great Falls and took a chance on this young college student to become his first full time station news director. He made a difference.

So did Joe Sample, the visionary who created the Montana Television Network and allowed many of us to try our new ideas, even when money was tight, and we had no idea whether new concepts like interconnecting news programs could be sustained.

But as Joe wrote to me as I considered returning to Montana from a CBS News Fellowship in New York,

…I think news is the key to a station’s image. From a programming standpoint news is certainly the major justification for local origination.

We want a superior statewide news service…Only through an informed electorate can Montana move forward without destroying its unique assets.

Joe had a vision of all this – and a business model we proved could sustain it.

Joe made a difference.

To the extent that I’ve been able to contribute to making some differences, it has been because of the visionaries before me who gave me a chance, supported me and many others. Each had a vision – and encouraged us to grow, to see beyond what is, to what might be, to take a personal risk.

So, tonight I thank each of them. I thank each of the many broadcast colleagues who worked with me to create and sustain the MTN News organization. And I thank my former colleagues in Montana and around country in broadcasting, advertising, energy, and public policy for what we accomplished and had fun doing for so many years. For the differences we made.

And, for this button.

I also want to encourage each and every one of you to continue to grow. To see beyond what is. To find ways to make differences.

Especially in this challenging time of new media, and potential new ways of adapting and using media we’ve known, we need for you to be creative, energetic, and full of ideas.

Some of those ideas may fail. Will fail. That’s OK, because the next will likely find support if it contributes to building solid audiences of citizens seeking good information and analysis.

With new media and new uses of media do come new opportunities.

But the responsibilities are also challenging, especially with news, information and public affairs.

Media news and information credibility at the national level is low. It risks tainting the good work you do in Montana and your communities. After all, national network TV or radio programs back right up yours. National newspapers are easy to read online. The average viewer may tend to not really differentiate clearly with respect to the approaches of all these sources – and the approaches you take.

The challenge is to stay credible. To stay real. To look at issues seriously and not through ideological lenses.

To not just tell stories – stories that, as we are seeing by credibility trends nationally, smart viewers and listeners know may or may not be the full picture, or may be told from one point of view.

But, rather, it is important to follow the excellent codes of ethics of organizations like the Radio Television and Digital News Association’s and a number of others that we should hope all journalism students know intimately and follow in producing and reporting on those issues, trends, and values of importance to present and future generations of Montanans.

Doing so by putting issues in context. By explaining all sides. By doing research on potential sources. By being wary of advocacy journalism organizations offering ready-to-use reports.

By finding ways of encouraging excellence in our profession. By continual learning. By perhaps organizing seminars for your colleagues and you to learn the substance of important subjects. By being creative.

By recognizing that one person, with innovation and persistence, can make a difference.

That energy, excellence in everything we do, and with teamwork, we increase the likelihood that we’ll be able to make a difference.

So, again, I thank the Montana Broadcasters Association for this honor. I’ll treasure it always.

And I leave you with this question:

What will each of us do specifically this-coming week toward making a lasting difference? For your communities? For our wonderful profession?