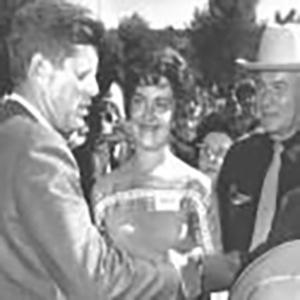 Norma Beatty Ashby, a fourth-generation Montanan, was born in Helena and grew up on a ranch near Winston where she attended a one-room schoolhouse. After graduating from The University of Montana she moved to New York where she worked as a researcher for Life Magazine.

In 1961 she returned to Montana and, shortly thereafter, was hired to host and produce Today in Montana for KRTV in Great Falls. She continued in that position for more than 24 years during which time the program went statewide on the Montana Television Network. She also produced numerous award-winning documentaries during her time with MTN. She has been repeatedly honored by the Montana Broadcasters Association and the Greater Montana Foundation for her broadcast contributions and by the Great Falls Tribune and the YWCA for her many contributions to the creative arts and the community including the creation of the C.M. Russell Art Auction which benefits the museum.

She is the author of Movie Stars and Rattlesnakes:The Heyday of Montana Live Television. Norma and her late husband, Shirley Carter Ashby, were married in 1964. 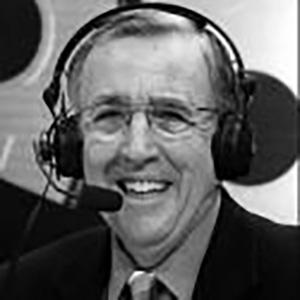 Brent grew up in Billings and began his broadcast career in 1968 when he joined WBBM Radio in Chicago as Sports Director. He was later named Sports Director of WBBM-TV, before moving to Los Angeles to co-anchor the nightly news for KNXT-TV.

A preeminent college football, college basketball, and NBA play-by-play announcer, Musburger is also the host of ABC Sports’ coverage of the Little League World Series. He served as the pre-game and half-time host on both ABC Sports’ and CBS Sports’ coverage of the Super Bowl. Brent has participated in the coverage of more than one-third of all  Super Bowls. Among the many other events Brent has covered are the Olympics, the World Track and Field Championships and U.S. Outdoor Track and Field Championships, the Pan American Games from Cuba, the Kentucky Derby and ABC’s golf telecasts.

Prior to joining ABC Sports, Musburger was a member of CBS Sports’ announce team. He anchored “The NFL Today” pre-game, half-time and post-game National Football League broadcasts. Additionally he was the lead play-by-play announcer for the NCAA Final Four Basketball Tournament where he brought the term “March Madness” to the event. Musburger also hosted “CBS Sports Saturday/Sunday,” the U.S. Open Tennis Championships, the National Basketball Association Finals, and the Masters Golf Tournament.

Brent and his wife Arlene have two sons and split their time between homes in Montana and Connecticut. 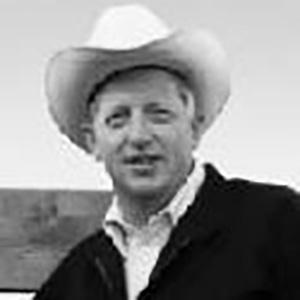 Conrad began his broadcast career in 1968 reporting on agricultural market news for Montana radio and television stations. In 1975 he established the Northern AG Network, beginning with four stations and growing to 31 by the time he sold it to enter the political arena.  In 1979 Conrad and Dale Fairlee build Laurel’s first radio station.

Burns began his political career in 1986, winning a seat on the Yellowstone County Commission. In 1988 he became only the second Montana Republican to win a seat in the U.S. Senate. During his 18-year tenure in the Senate, Conrad championed small market broadcasters and rural telecommunications issues while serving on the Commerce Committee. He is a co-author of the 1996 Telecommunications Act. He also served on the Appropriations Committee and the Interior Committee.

Burns served in the Marine Corps. He and his wife Phyllis have two children. 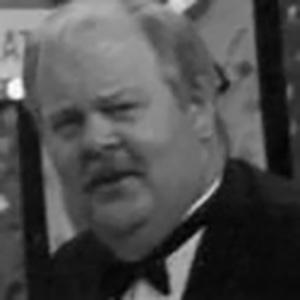 Ron served as the host of the Butte 4th of July Parade for 28 years and as host of the Jerry Lewis MDA Telethon for 20. He served as a member of the CBS Television Affiliates Board, on the Butte-Silverbow Local Government Study Commission, the Police Commission, the Chamber of Commerce, the United Way, the Exchange Club and the Literacy Project along with many others.

He is a Past President of the MBA. As Senator Conrad Burns read into the Congressional Record, “Butte is a better place because of Ron Cass.” 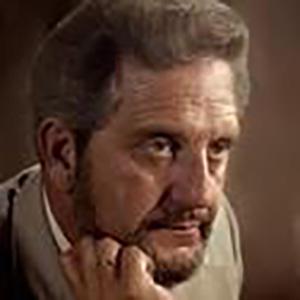 Carlyle D. “Lyle” Leeds was born in Havre and spent 40 years there as a broadcaster. He began his career in 1947 at KAVR as an announcer. He and partner Stan Stephens purchased KOJM in 1962. Lyle served as President and General Manager of the station from 1965 until his death in 1987. In 1975 he built and put KPQX-FM on the air.

He was also a co-founder and working partner of cable television systems in Havre, Glasgow and Sidney.  Lyle was a member of the Broadcast Pioneers, President of the Havre Chamber of Commerce, Montana Chamber of Commerce and a member of the US-Canada Committee of the Chamber. He served on the boards of Blue Cross of Montana, Citizens Bank, Northern Montana Hospital and Northern Montana College. He was admitted to “Who’s Who in the World” for his many humanitarian acts.

Lyle was a Past President of the MBA and a graduate of the University of Denver. As his partner Stan Stephens said, “Lyle was a warm, kind and unpretentious man who is greatly missed to this day by a legion of friends. 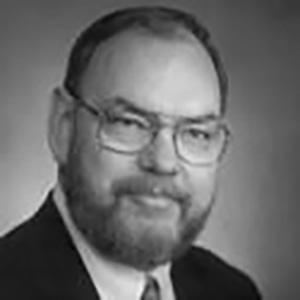 Stan Whitman began his broadcast career in 1970 as a sportscaster at KFBB-TV in Great Falls. Over the next 18 years he worked his way up through the ranks serving as sports anchor, production manager, traffic manager, account executive, sales manager, and finally VP and General Manager. In 1988 he left to manage KTWO-TV in Casper, WY. One year later he returned as President / COO of Dix Television with responsibility for stations in Billings, Great Falls, Casper, WY and Austin-Rochester, MN. He retired in 2004.

Stan served on the boards of directors of both the Great Falls and Billings Chambers of Commerce. As a member of the Military Affairs Committee, he was instrumental in securing the tanker wing at Malmstrom AFB. He also served on the board of United Way and is a Past President of the Montana Broadcasters Association.

Stan is a graduate of Iowa State University and Ellsworth Junior College (Iowa) where he was an All-American football player. Stan served in the U.S. Navy. As one of Stan’s former employees said, “He had the gift to create a real family atmosphere in the midst of a very corporate world.” 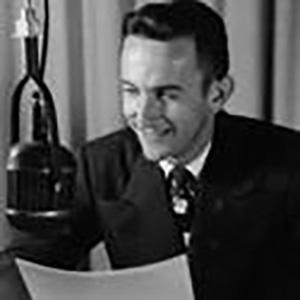 Dan Snyder began his broadcast career in 1948 as a part-time announcer for KGVO radio while still a student at the University of Montana.  Following graduation, Dan moved to KBMN Bozeman as Program Director, later becoming Sales Manager and then General Manager.  In 1955 he built KBGF-TV and in 1958 KRTV-TV, both in Great Falls, where his innovative news and public affairs programming won wide acclaim.

Following the sale of KRTV, Dan retired briefly before starting  new careers in banking and commercial real estate development. Broadcasting lured him back and in 1980 Dan became the General Manager of KCAP AM-FM, Helena. He later served as GM for KGHL AM-FM in Billings before again “retiring” to work part-time for Anderson Broadcasting.

Dan served on the Great Falls School Board and is a past president of the Montana Broadcasters Association, Great Falls Rotary, Helena Ad Federation, Helena Chamber of Commerce and Great Falls Ad Federation of which he was a founding member.  Dan continues to serve as anchor-host of the Children’s Miracle Network Telethon for Shodair Children’s Hospital. 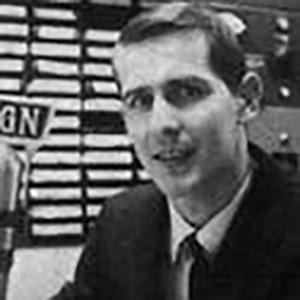 Dan Frenzel began his career in Glendive as a radio DJ and television weatherman in 1964. Although his job changed many times over the years, he never left the town or the stations where he got his start. Over the years he served as sports director and play-by-play announcer; sales manager; program director; general manager and finally vice president of Glendive Broadcasting.

Dan seems to have never met a charity that he didn’t like. He raised funds for Babe Ruth and Legion Baseball, 4-H and Dawson College. He was a founding member of the local Relay for Life program for the Cancer Society; spearheaded the “Paint Us Proud” project and the “River City Emporium” project. He worked with the Jerry Lewis Labor Day telethon for Muscular Dystrophy, Special Olympics and the Children’s Miracle Network.

Dan continued to work even during a lengthy bout with cancer, rarely missing a day at work. Dan died in 2003. 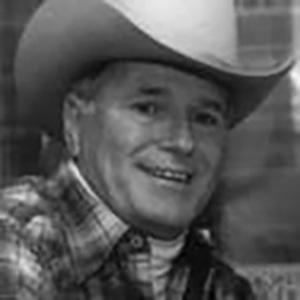 Lonnie Bell got his first taste of radio when his band performed on Honolulu station KAHU while serving in the U.S. Navy. He later became a DJ at that station and several others while fulfilling his military service.

After completing his tour of duty, Lonnie moved to western Washington and continued to play music and work in radio. While there, he hired an unknown singer to perform with his band. That singer was Loretta Lynn, one of many future country stars that Lonnie introduced and promoted over the years.  Lonnie has been a continuous fixture in Billings since 1969.

In addition to his on-air duties at numerous radio stations, he founded the Montana March of Dimes Horseback Ride which he continues to be the spokesman for. He has also donated countless hours to other local charities.

In March of 2005 Lonnie Bell was inducted into the Country Music DJ Hall of Fame in Nashville. 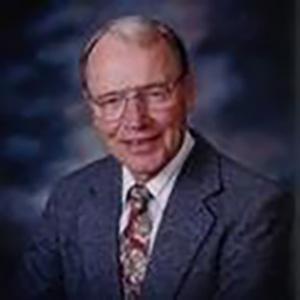